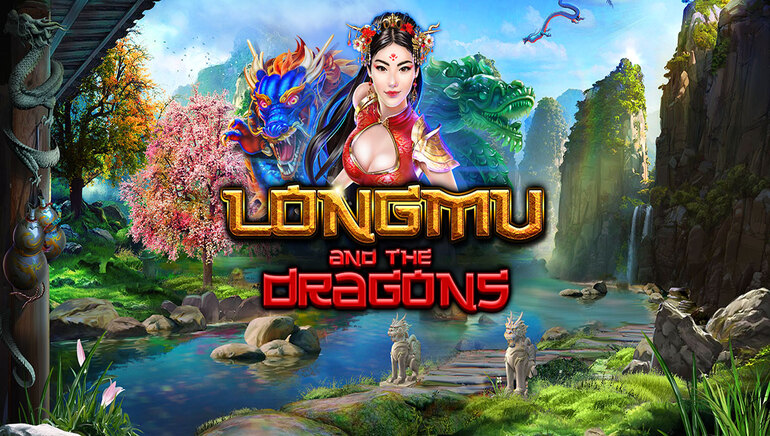 Red Rake is scheduled to release the Longmu and the Dragons on January 27, with a plethora of special features and a theme that will win the hearts and minds of players.

Red Rake continues its release of visually appealing slots in 2022 after a fantastic year has just ended. This January, players have good reasons to be enthusiastic because some funky games are on the horizon. Longmu and the Dragons are on the most anticipated slots and it is scheduled for international release on January 27. The game is inspired by Chinese culture and mythology taking players on a virtual trip to ancient Asia. There is more than meets the eye about this game because behind the amazing visuals, players will discover an immersive game with a high return to player.

Entered the World of the Dragon Goddess

Longmu and the Dragons invite players to experience the beauty of China in a unique setting. From the first spin of the reels, players will witness the beauty of a magical land rich in color for symbols. The slot has a 5×3 structure, some high-paying multipliers, and free spins that spice things up. There are a total of 50 pay lines, therefore multiple winning combinations are possible. Throw into the mix the cascading reels and the multiplier wheel and you’ve got a game with unique and exciting game mechanics.

The slot is developed in HTML 5 technology and it will be released simultaneously and many casinos. That’s because the game is in the process of being certified in the UK, Italy, Spain, Portugal, Malta, Sweden, Romania, Belarus, Colombia, and the Netherlands. You can try it for free or spin its reels and gamble in more than 100 currencies, including digital money. This should provide players with a strong incentive to make a deposit and chase the big potential payouts.

Longmu and the Dragons Slot Features

The standard gameplay is good enough to keep players wired for long gaming sessions. However, it is the special features that represent the main attraction of this eye-candy slot. You would need to obtain a minimum of three bonus symbols to trigger the “Moons of Fortune” Minigame. During this special time of the game, players will see that the moon symbols remain in place and additional spins will be awarded. You should be hoping for a minimum of 15 moons to pop up to launch the Multiplier Wheel.

This original feature has the merit of increasing winnings during an immersive minigame. Essentially, you turn the wheel and see what multiplier lands, as this will be responsible for boosting your profits. There is no shortage of free spins in Longmu and the Dragons that you need to connect a minimum of five respins. Bonus rounds can be re-triggered, so this mobile-friendly game has only pleasant surprises.