Microgaming Launches Lord of the Rings 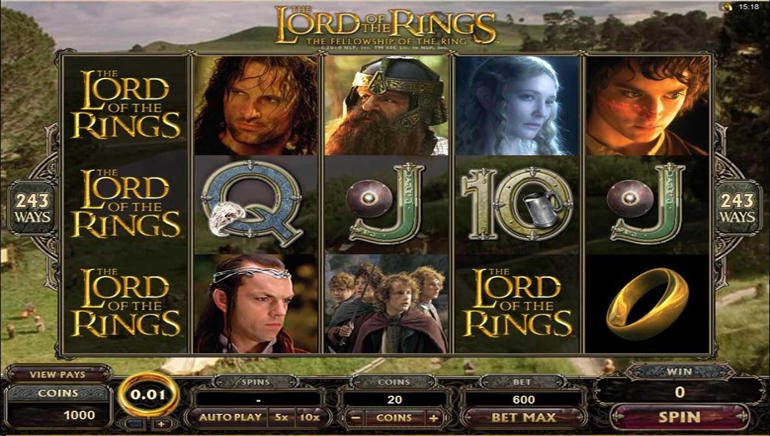 For the first time ever, Lord of the Rings has been launched as a video slot and is now available to be played at all good online casinos powered by Microgaming.

With 243 ways to win money, and featuring characters from all three movies including Frodo, Aragorn, Saruman and the Black Riders, this five-reel slot is sure to impress users.

In addition, the bonus feature of 15 free spins is triggered by "the one ring" symbols on the reels.

But the best feature is without a doubt the Cinematic Spins technology, developed by Microgaming.

As part of the feature clips from films will be played in the background, as well as while the reels are spinning, during win sequences and when wilds are hit.

Sign up to play Lord of the Rings at Jackpot City Casino and you can be rewarded by the site's bonus offer of $500 free playing money.