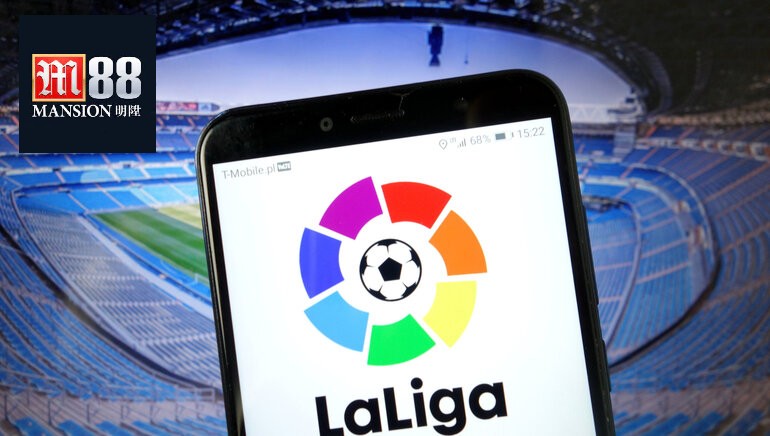 It's official, M88 Mansion, the leading Asian-facing online casino giant, has just signed La Liga legend, Rakitić as an official brand ambassador. As a world-class midfielder, Sevilla FCs Rakitić knows how winning is done. He brings plenty of charisma and fanfare to the gaming arena at M88 Mansion.

It's not every day that online casinos are associated with top-tier footballers like Sevilla FC's star midfielder Rakitić. But that's precisely what happened with M88 Mansion – a leading Asian casino. Ivan Rakitić represents Sevilla FC as a midfielder and is also the brand ambassador for M88. This welcome slice of something nice is just in time for Christmas.

According to the contract terms between the casino and the footballer, Rakitić will serve as the brand ambassador for the 2022/2023 La Liga Santander Season.

We are thrilled to welcome Ivan Rakitic into our family. This also strengthens our relationship with LaLiga, our largest partner to date.

La Liga superstar Rakitić is equally impressed with the new brand ambassadorship. In a statement to the press, Ivan Rakitić said

This endeavour has truly been a blessing. I had a lot of fun doing this. It was also a great experience to meet some Asian fans. Thank you, M88 Mansion.

M88 has a full roster of activities, events, and appearances scheduled for the football superstar. These include interviews slated with the Croatian footballer and an Indonesian podcast called Monday Motivations, where he will feature as a guest speaker. The 34-year-old superstar from Rheinfelden, Switzerland, now Croatia, is expected to bring tremendous fanfare to the M88 brand and its many verticals.

Rakitić has a long and celebrated history in professional football. His football prowess was first seen in 2011 when he began playing in Spain. He played for several seasons with Sevilla football club through 2014. Then he transferred to the football club Barcelona. By 2020, he was back at Sevilla FC, where he currently plays.

Over the years, he has established himself as one of the game’s best-attacking midfielders; Rakitić has featured in many world-class football contests, including the UEFA Super Cup, the Europa League, the Emirates Cup, the UEFA Champions League, and La Liga. His ever-expanding state of silverware includes title wins in the 2013/2014 UEFA Europa League with Sevilla and a 2014/2015 Barca trophy with the UEFA Champions League.

M88 Mansion is a power player in the online gaming arena in Asia. The popular brand has grown tremendously to become a regional business and has established partnerships and associations worldwide. Since its inception, M88 Mansion has had the largest and most diverse collection of live casino games, table & casino games, online slot games, and sports betting attractions. M88 Mansion employs over 21,000+ people to support more than 1M+ players across Southeast Asia. This ensures that M88 Mansion ranks among one of the best places to play in Asia.