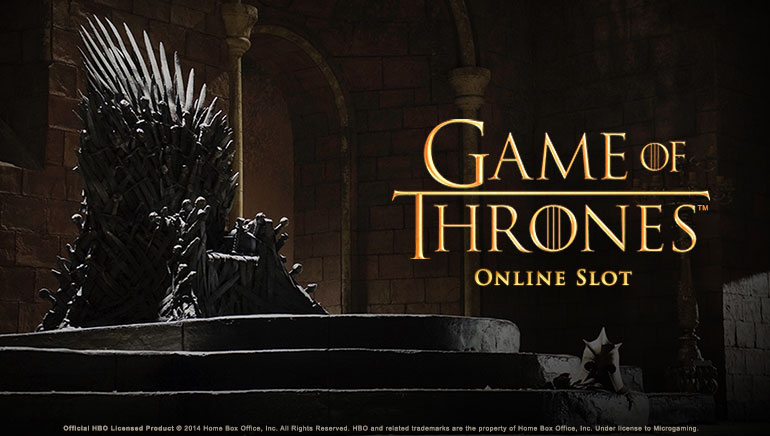 Platinum Play crowns another winner of the week as J.H. takes the top spot after claiming €56,000 by playing the Game of Thrones slot from Microgaming.

The very popular HBO series Game of Thrones is now getting closer to the end of its 5th season and the storylines are getting more and more exciting to follow. In fact, the show has even conquered the Iron Throne in the online slots department as Microgaming launched a slot machine themed after the series. One of the fans appears to be J.H. at Platinum Play Casino as he became the biggest winner of the past week by cashing in on a €56,000 treasure before winter came on the reels, ensuring that this summer will be a great one.

In February last year, rumors started spreading that Microgaming and HBO will team up to create a slot machine based on the Game of Thrones series. The game was launched with great success and is now one of the most played titles at Platinum Play.

Much like any successful branded slot, Game of Thrones is all about the details and the theme follows the main houses fighting for supremacy over the Seven Kingdoms, with the bonus round allowing players to pledge their allegiance to each of the four in order to get a set combination of multipliers and free spins.

Another great feature about the Game of Thrones slot is that it was released in two versions, one with 243 ways to win and another with 15 paylines, so players can easily choose which one they prefer.

Big wins are very common at Platinum Play Casino and its offers make sure that customers get more than a few shots at claiming big prizes. There are slots tournaments taking place every week with free access that can award points and casino credits. Getting more points from betting on the games will mean a higher level in the loyalty program and thus different special offers will be unlocked.